norwin
/
hochwasser
mirror of https://github.com/SpeckiJ/Hochwasser
Fork 0
Code Issues 0 Releases 0 Wiki Activity
Highly efficient client for Pixelflut
You can not select more than 25 topics Topics must start with a letter or number, can include dashes ('-') and can be up to 35 characters long.
59 Commits
3 Branches
3.1 MiB
Go 98%
Shell 2%
Branch: master
master
mem-profile
new-rgbsplit
Branches Tags
${ item.name }
Create branch ${ searchTerm }
from 'master'
${ noResults }

Hochwasser brings back the D in social DDoSing! Man, I forgot which one..

The help texts may be lacking, it's recommended to read rpc/repl.go.

Look at the github.com/SpeckiJ/Hochwasser/pixelflut subpackage, it contains the performance sensitive core.

The code is getting somewhat enterprise-ready, so if you want to quickly render a fun thing, it may be easier to just build a separate executable on top of pixelflut.Flut(), than to extend Hochwasser.

The following benchmark was run on a max-spec X280 against version d4c574b.

I could not figure out what the performance bottleneck is, but it doesn't seem to be CPU limited, as turbo-boost doesn't kick in.

To reproduce, run the following commands in separate shells: 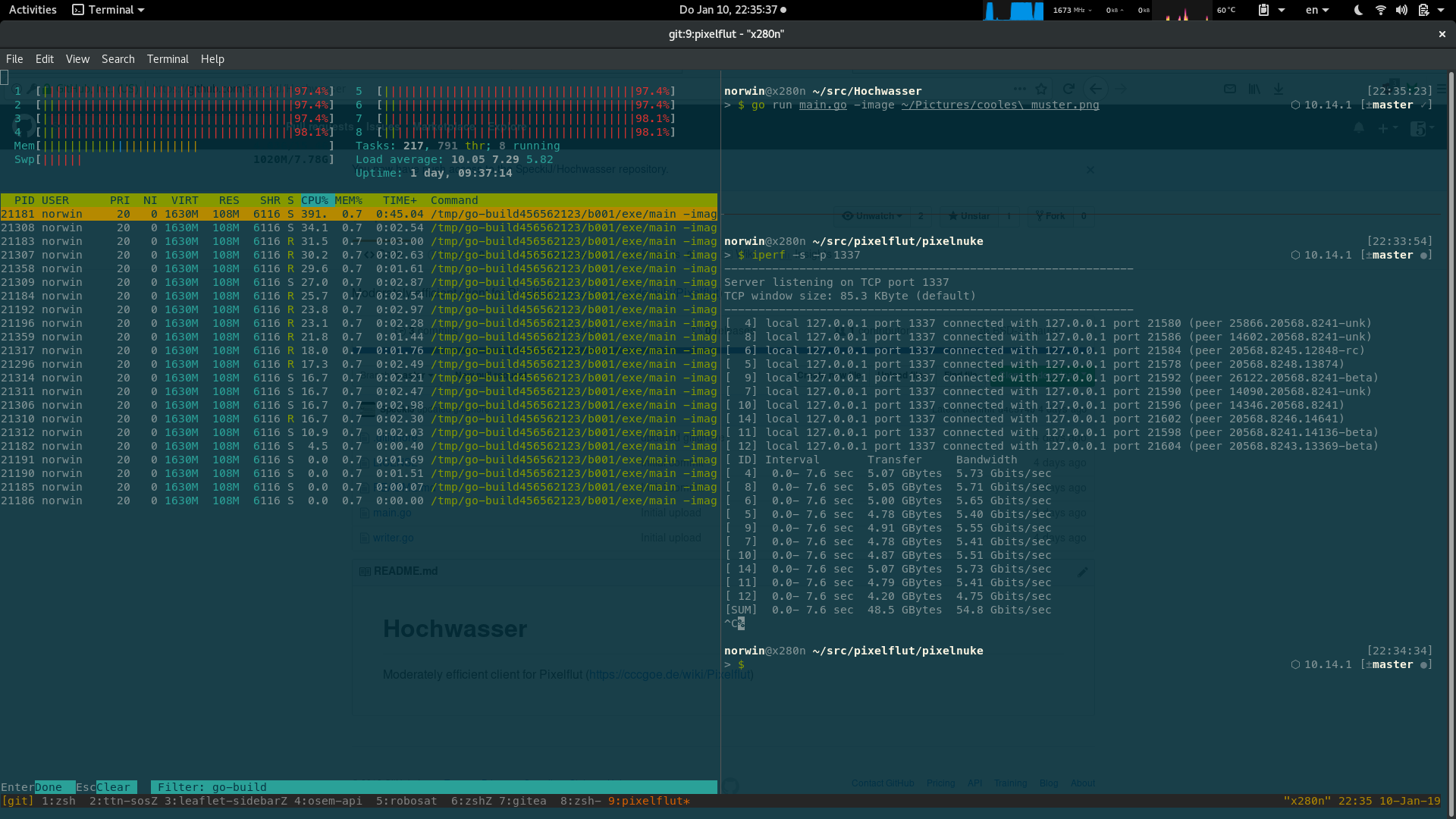 Hint: Benchmarking throughput against the pixelnuke server is pointless, as performance is then CPU-limited to ~1 Gbps by the server. Using iperf removes the server limitation. This also means that these metrics of several Gbps are far higher than realworld scenarios.